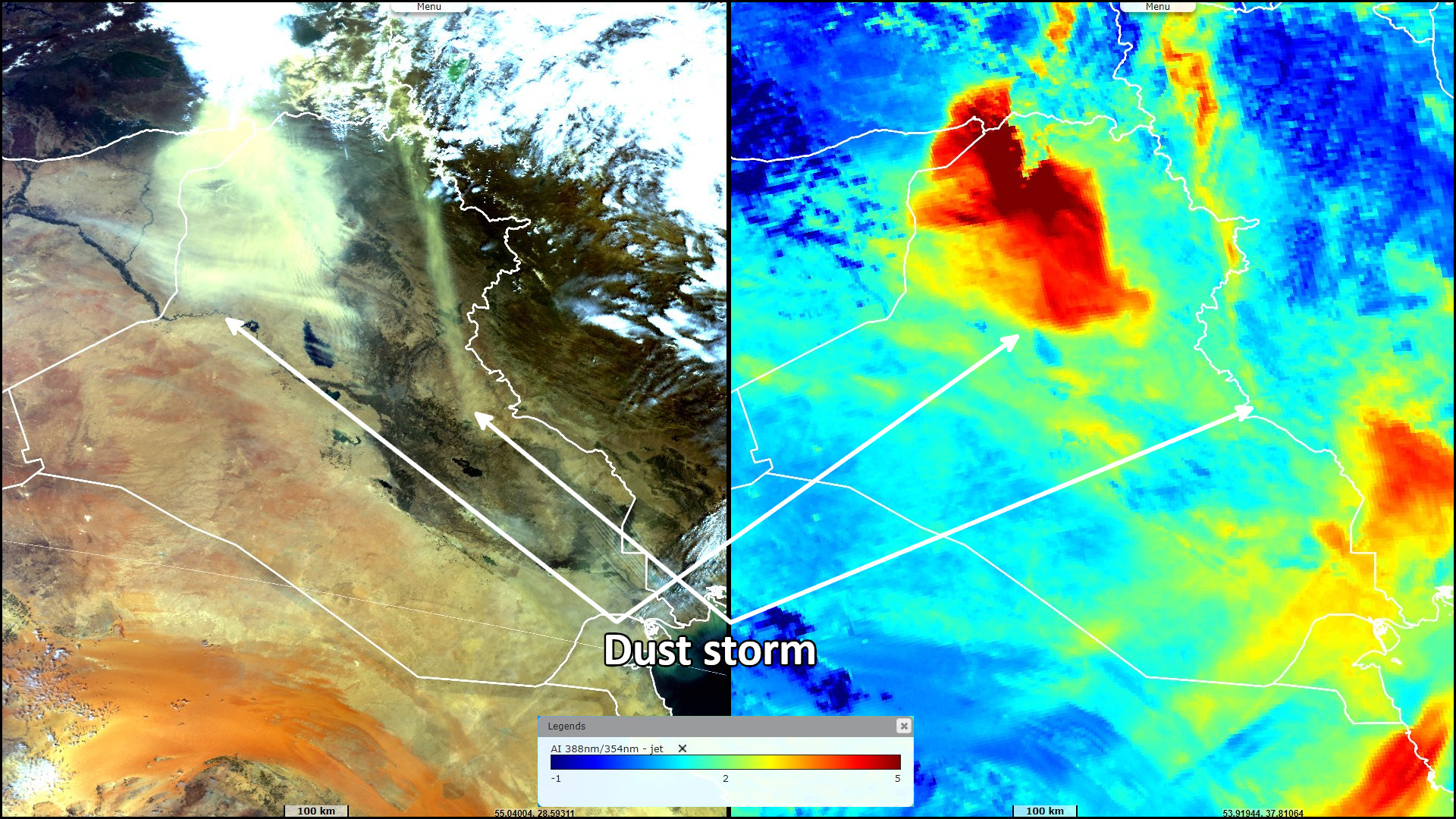 The skies above many Iraqi cities turned orange several times since April as visibility dropped to a few hundred meters. Several airports were closed during the dust events, and schools were closed nationwide. Government offices were shuttered in seven of the Iraq’s 18 provinces, and several governors declared states of emergency. During the seventh episode, one person has died and more than 5000 Iraqis have been admitted to hospitals with breathing problems. Iraq's water reserves are already 50% lower than last year, and the water resources ministry has warned that vital Tigris and Euphrates rivers, which provide most of the country's surface water, could dry up within 20 years. Iraq's meteorological office previously told AFP the country is likely to see more and more dust storms due to drought, desertification and declining rainfall. A lack of green areas in and around cities can also contribute to the problem. In 2016, The United Nations Environment Programme (UNEP) predicted that Iraq could witness 300 dust events in a year by 2026.
Fig. 2 - S3 OLCI & S5P TROPOMI Aerosol Index (05.05.2022) - Multiple dust storms have hit Iraq since early April 2022.
2D animation 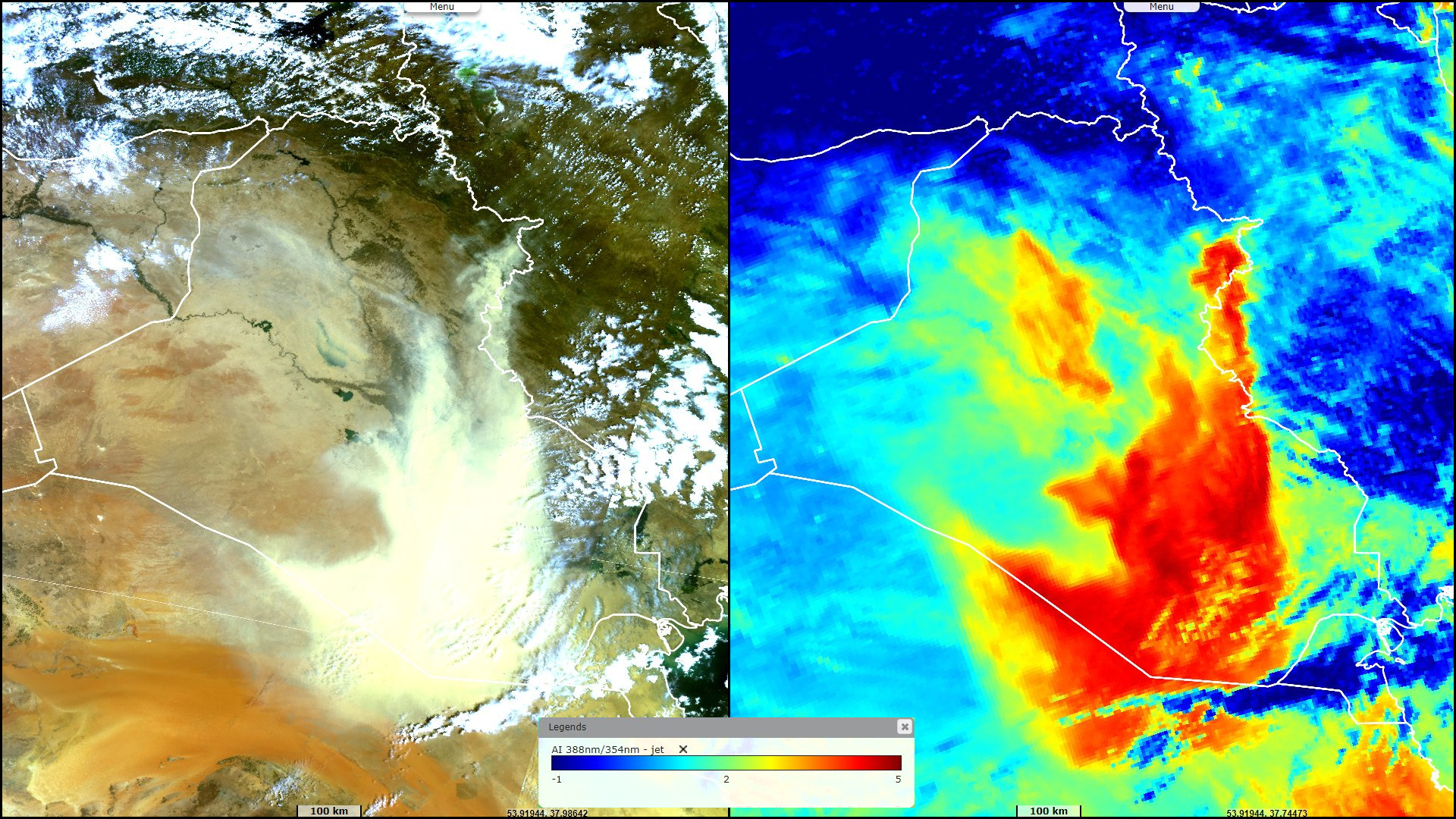 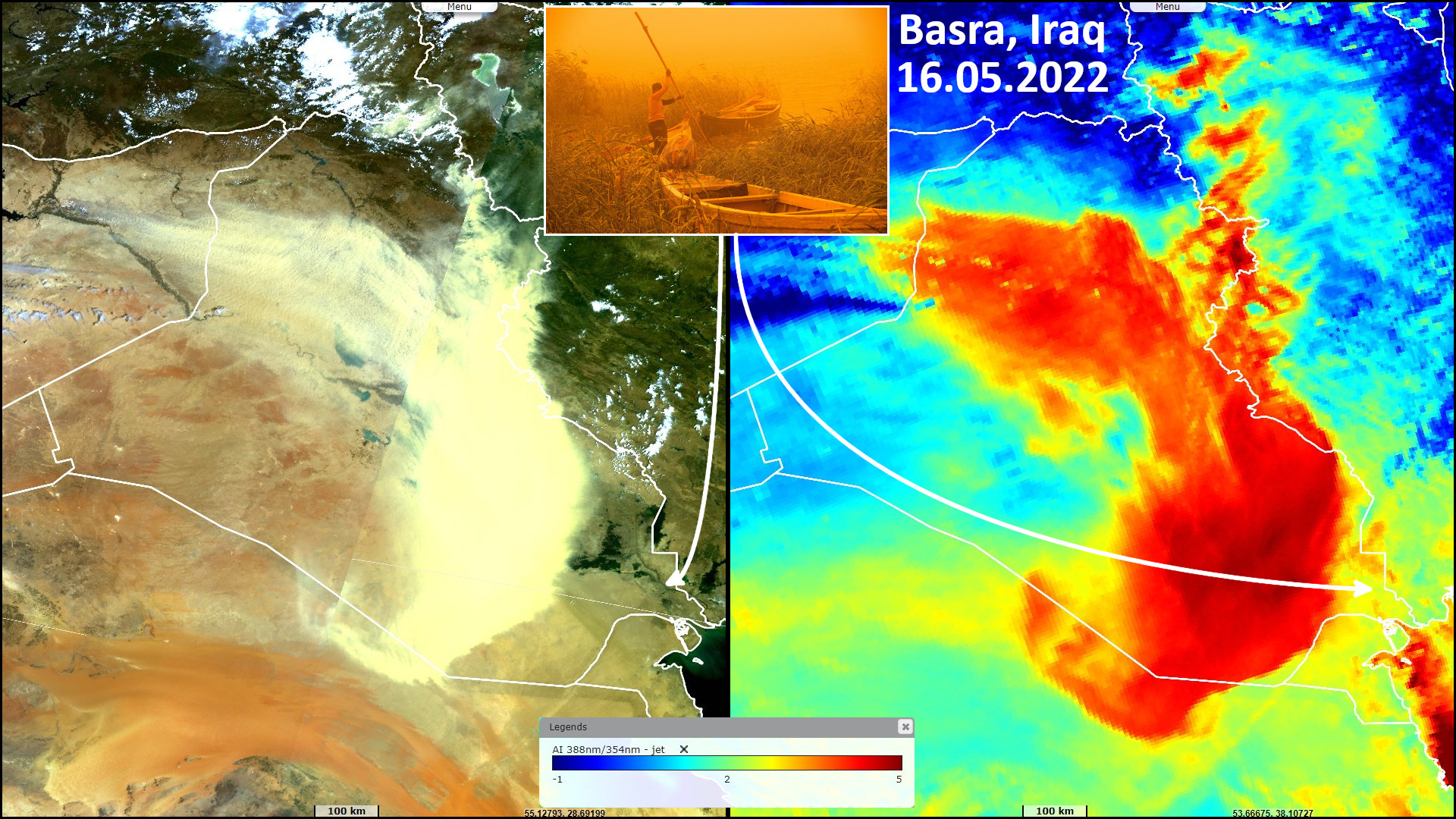