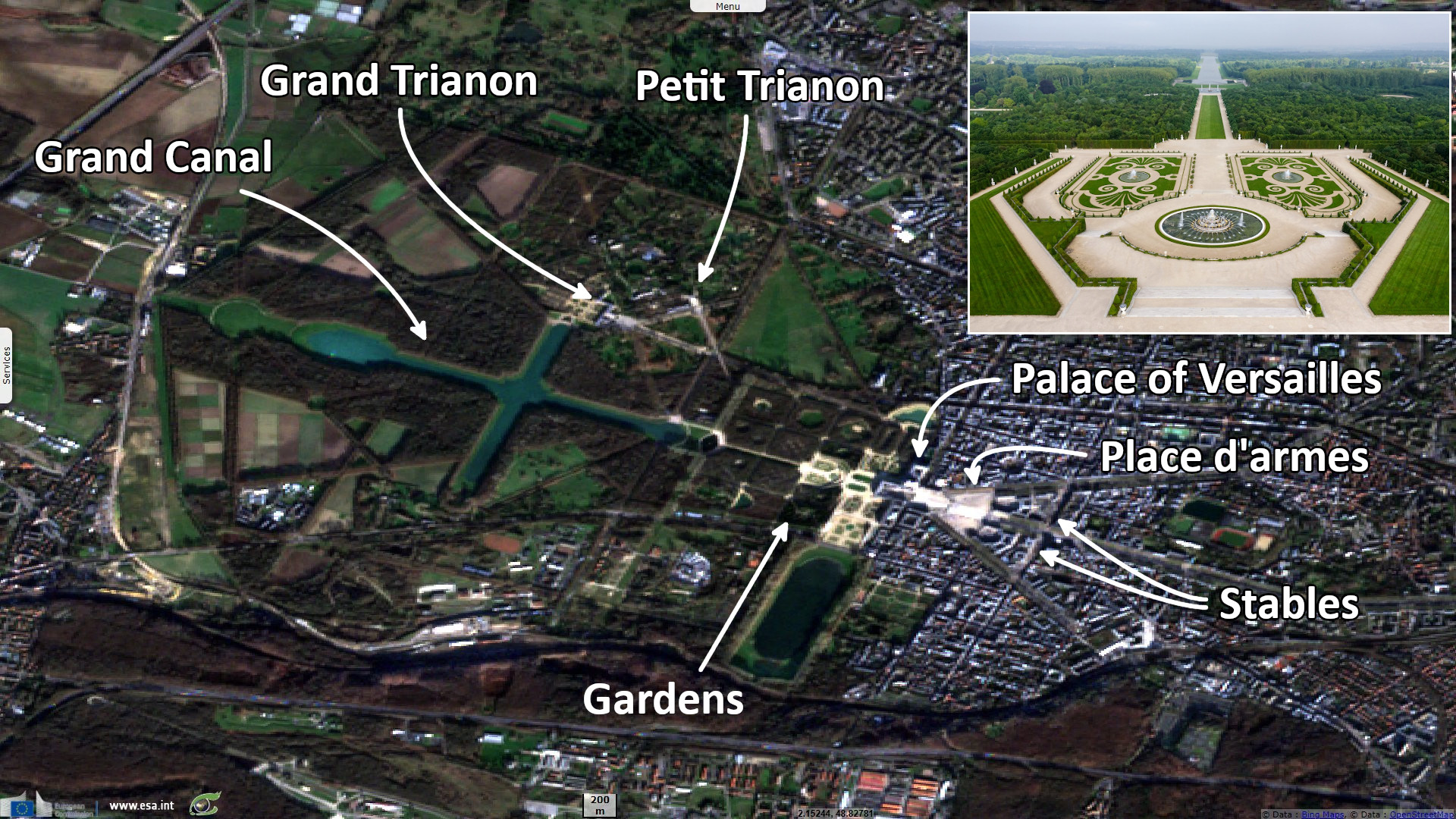 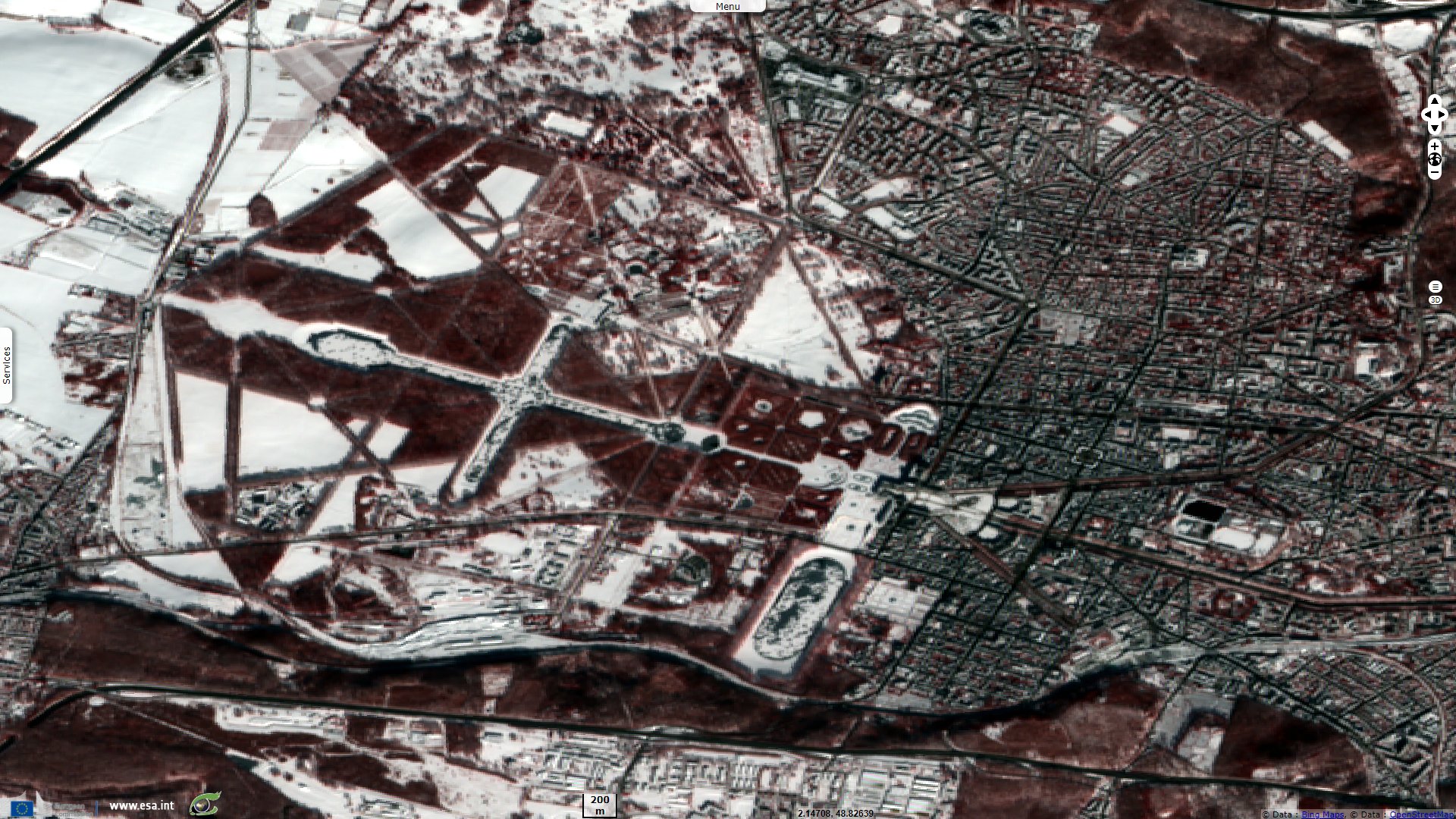 While the Palace is famed for its Hall of Mirrors and its French Baroque style of the "Grand Siecle", the gardens designed by André Le Nôtre are considered the epitome of the French formal garden style. The palace and park were designated a World Heritage Site by UNESCO in 1979 for its importance as the center of power, art, and science in France during the 17th and 18th centuries.
The views expressed herein can in no way be taken to reflect the official opinion of the European Space Agency or the European Union.
Contains modified Copernicus Sentinel data 2022, processed by VisioTerra.