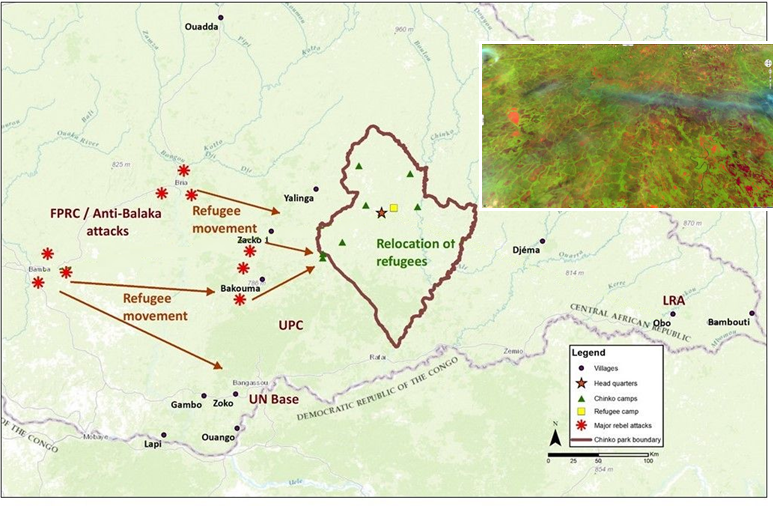 Mr. Baudouin MICHEL ; Operations Director of African Parks Network (APN) said : The Chinko Reserve (17600 Km2) is managed by the NGO African Parks Network (APN) as part of a public-private partnership between the Centrafrican Republic (CAR) Government and APN. In addition to the exceptional biodiversity defense of the Reserve, the "Chinko Project" provides socio-economic development to the local population surrounding the Reserve and stands as the largest employer in Eastern CAR (429 people). The project contributes to a harmonious development of the territory, to alleviate ethnic and religious tensions conflicts between farmers. Unfortunately, violence in the region has dramatically worsened in Zako, Bakouma and Bangassou resulting in the displacement of 264 women and children, from Central African Republic to the Chinko reserve at the Kocho camp. Currently, ethnic and religious tensions have reached such an acerbic level causing a permanent and violent threat of armed youngsters groups on the defenseless forced exodus groups for a majority women and kids. These armed bands have recently attacked the MSF Hospital in Bangassou and have slaughtered in a very barbarian conditions one pregnant women and a caretaker. This pregnant women came from the Chinko Reserve for urgent medical care. APN has called the Central African Government and MINUSCA for protection, and seeking urgently the support of specialized humanitarian agencies for emergency aid and backing, hoping to get a rapid intervention to put an end to the suffering, killings and unhumain abuses... Even if the scale of Sentinel-2 images (10 metres ground sampling distance) does not allow to distinguish people, one may track their activities by monitoring the changes observed in land use. Figures 2 to 5 compare two Sentinel-2 MSI scenes acquired in May with exactly one (1) year difference in 2016 and 2017. Green colour revealed by the near infrared (NIR) band witnesses of the forestry prevalence in this East part of the Centrafrican Republic. Red-orange areas identify bare soils used for agriculture, villages and more generally are the signs of human settlements. In addition to figures 3 and 4 showing the changes observed in the Chinko Natural Reserve, figure 5 reflects the fast occupation of forests located a dozen of kilometers to the west of the city of Bakouma.
Fig. 2 - Sentinel-2 tiles on 2 May 2016 (left) and on 7 May 2017 (right).
2D view 2D view 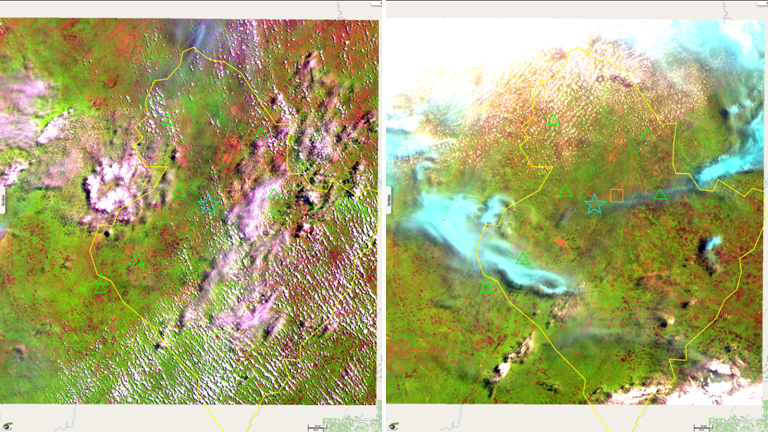 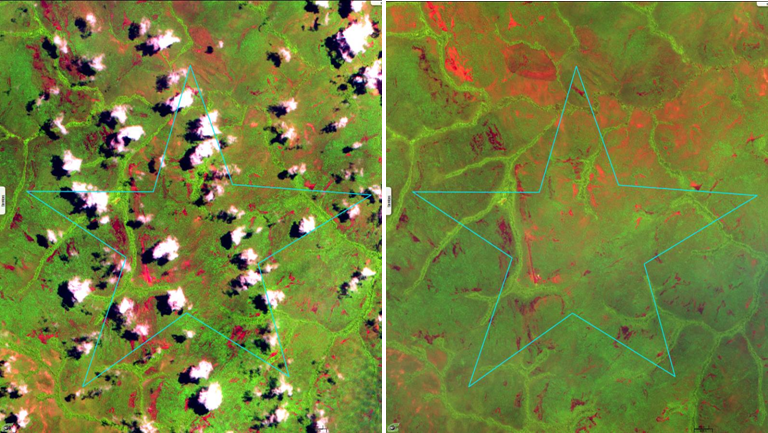 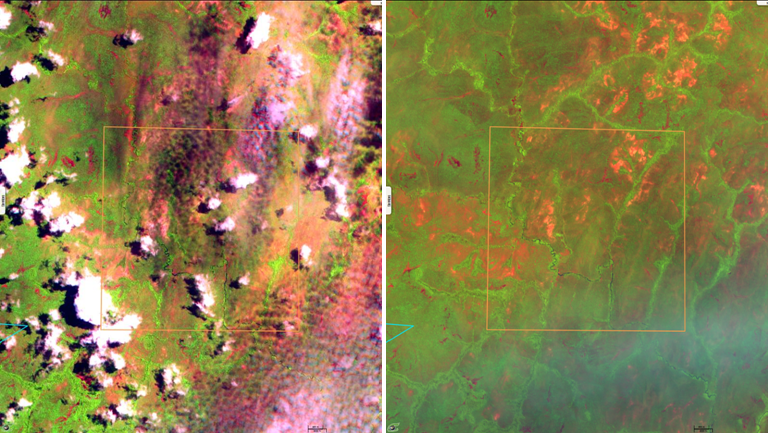 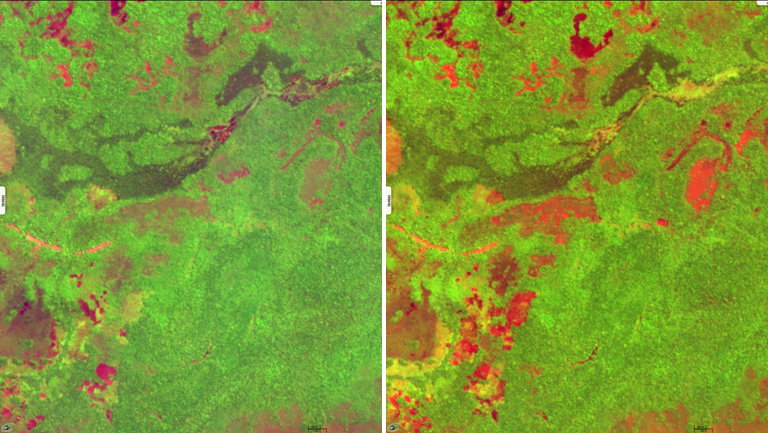