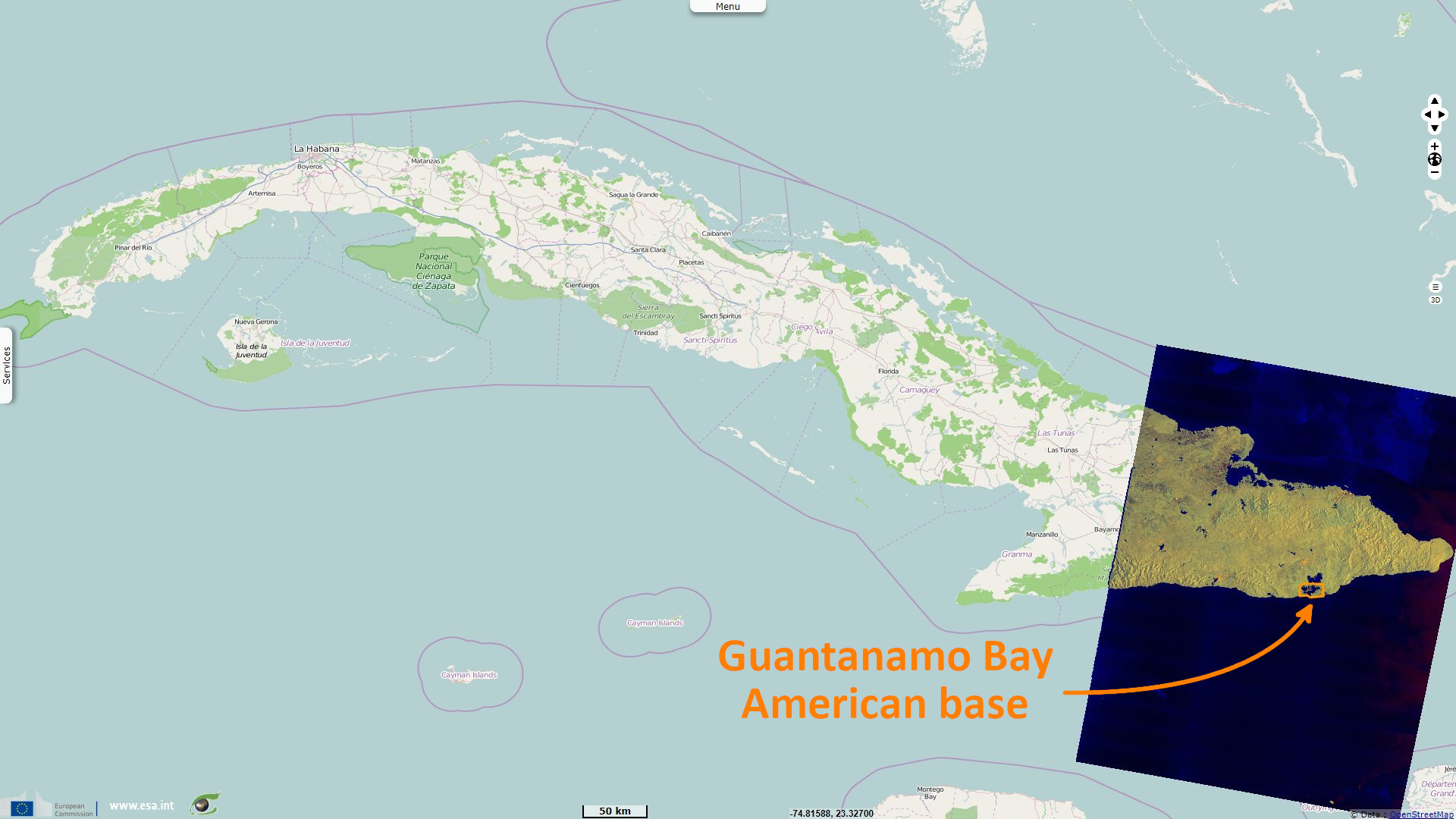 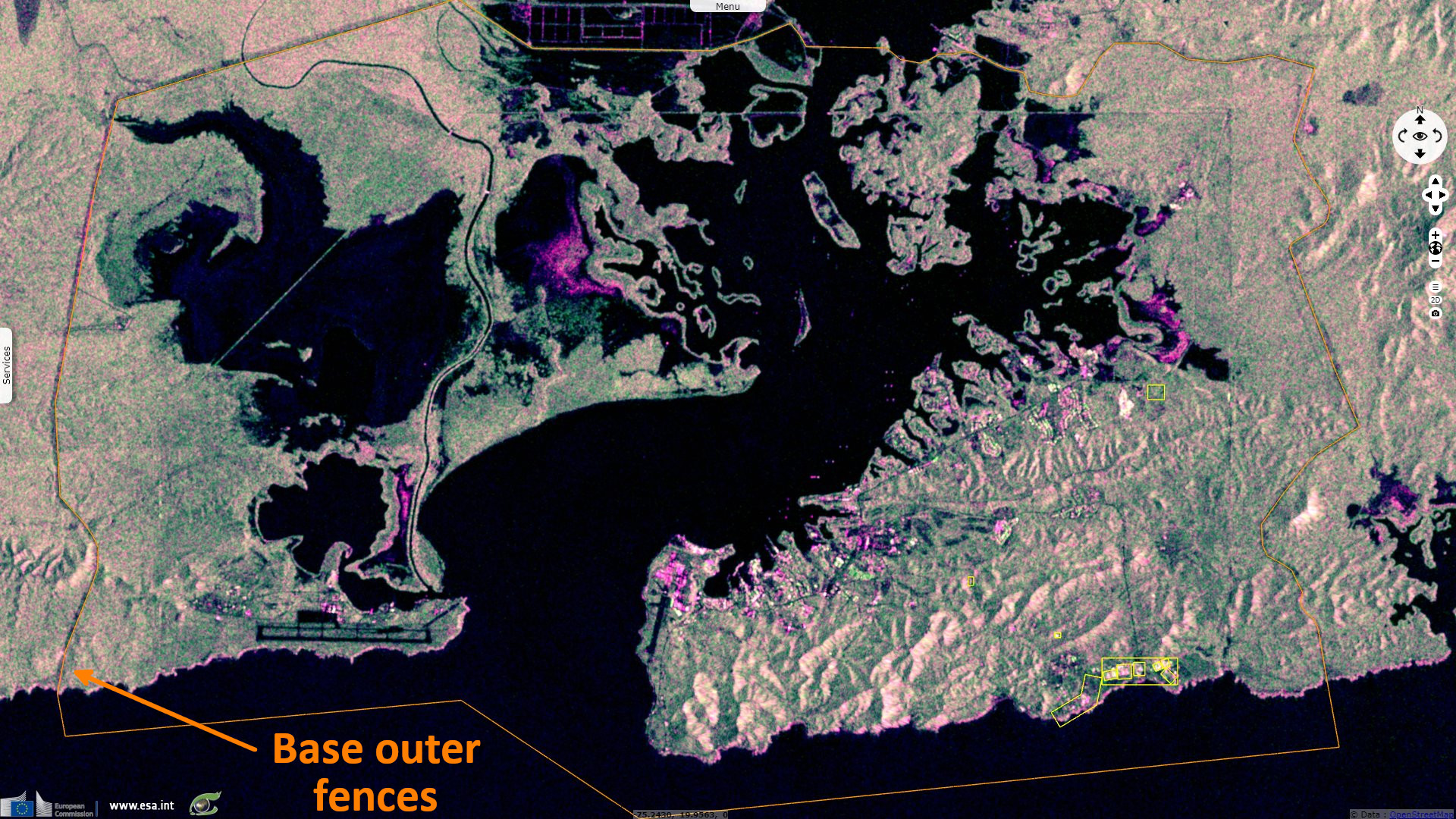 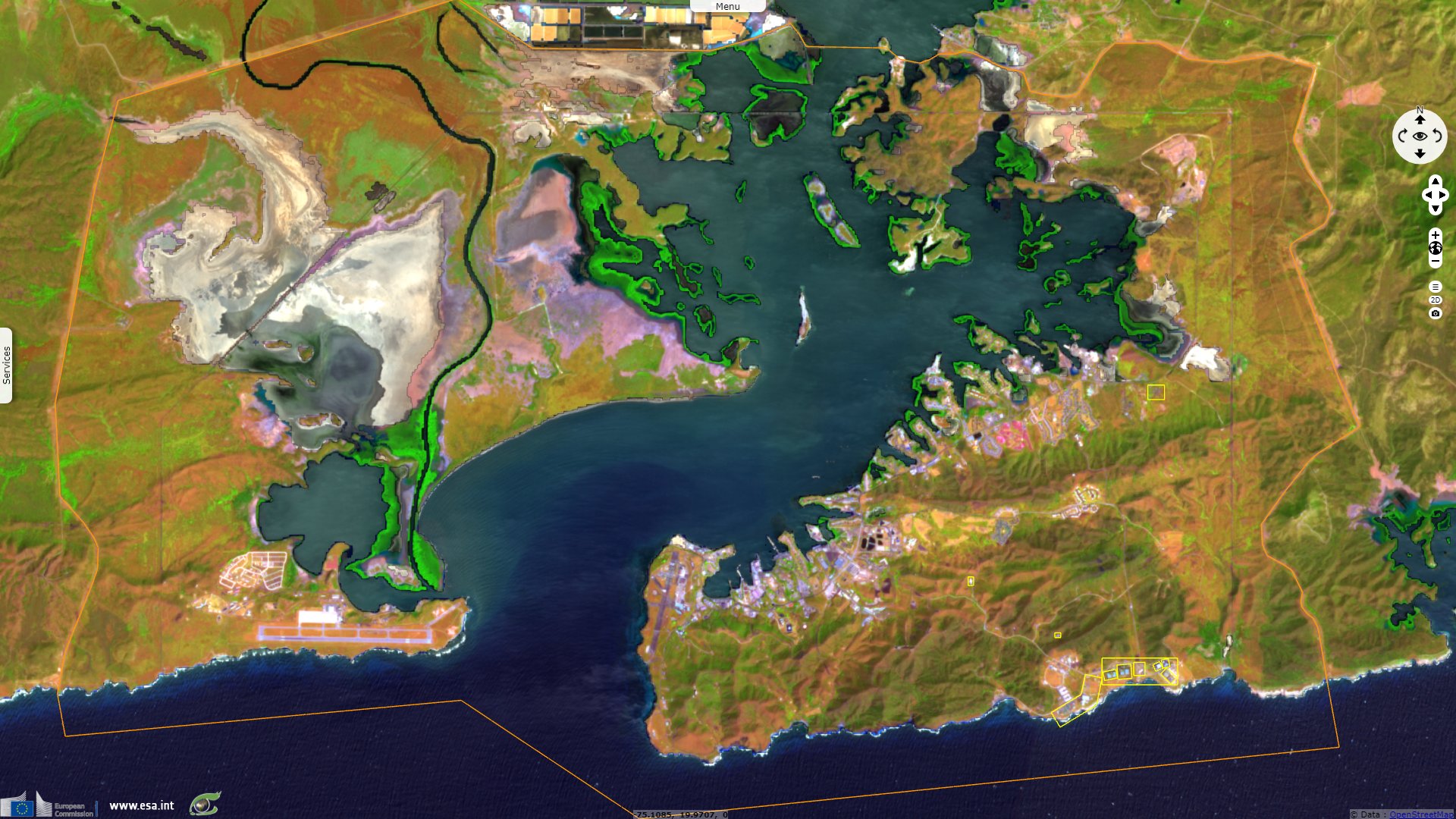 After the Cuban Revolution, some Cubans sought refuge on the Guantanamo Bay Naval Base. In late 1961, Cuban troops planted a 13 km long, 3 m wide barrier of cactus along the fence surrounding the base in order to prevent checkpoint evasion .
Fig. 4 - L7 (21.11.1999) - Since 1970s, the base was used to house Cuban and Haitian refugees intercepted on the high seas.
2D view 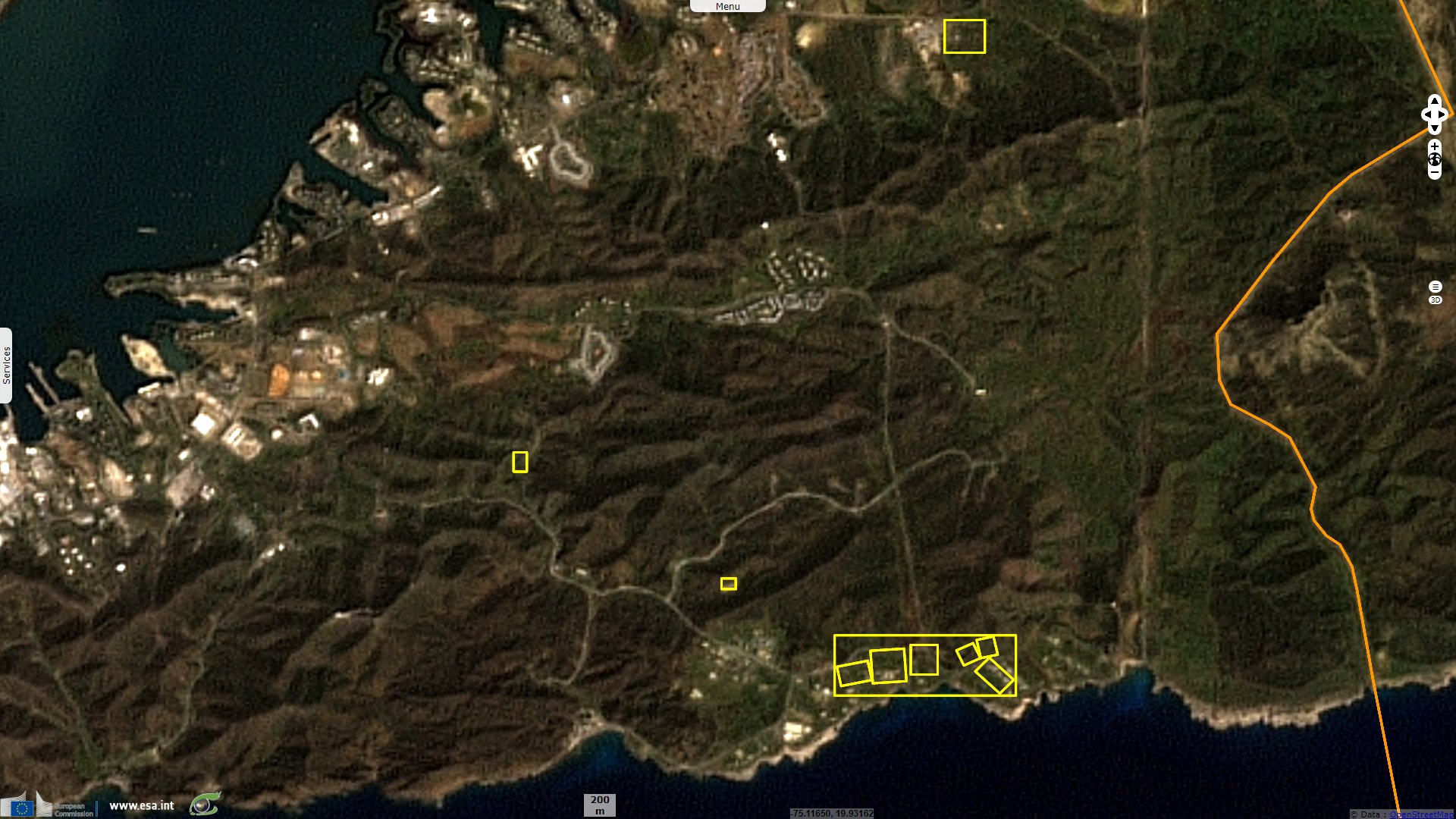 Under a 1987 law barring emigration of HIV positive individuals into the US. The US Coast Guard transferred Cuban and Haitian asylum seekers to Guantanamo Bay, the 267 Haitian refugees tested positive to HIV were held at there. The last Haitian migrants departed Guantanamo on 1 November 1995.
Fig. 5 - S2 (19.04.2021) - After 2002, a part of the base was used to detain indefinitely alleged Al-Qaeda or Taliban fighters without trial.
2D view 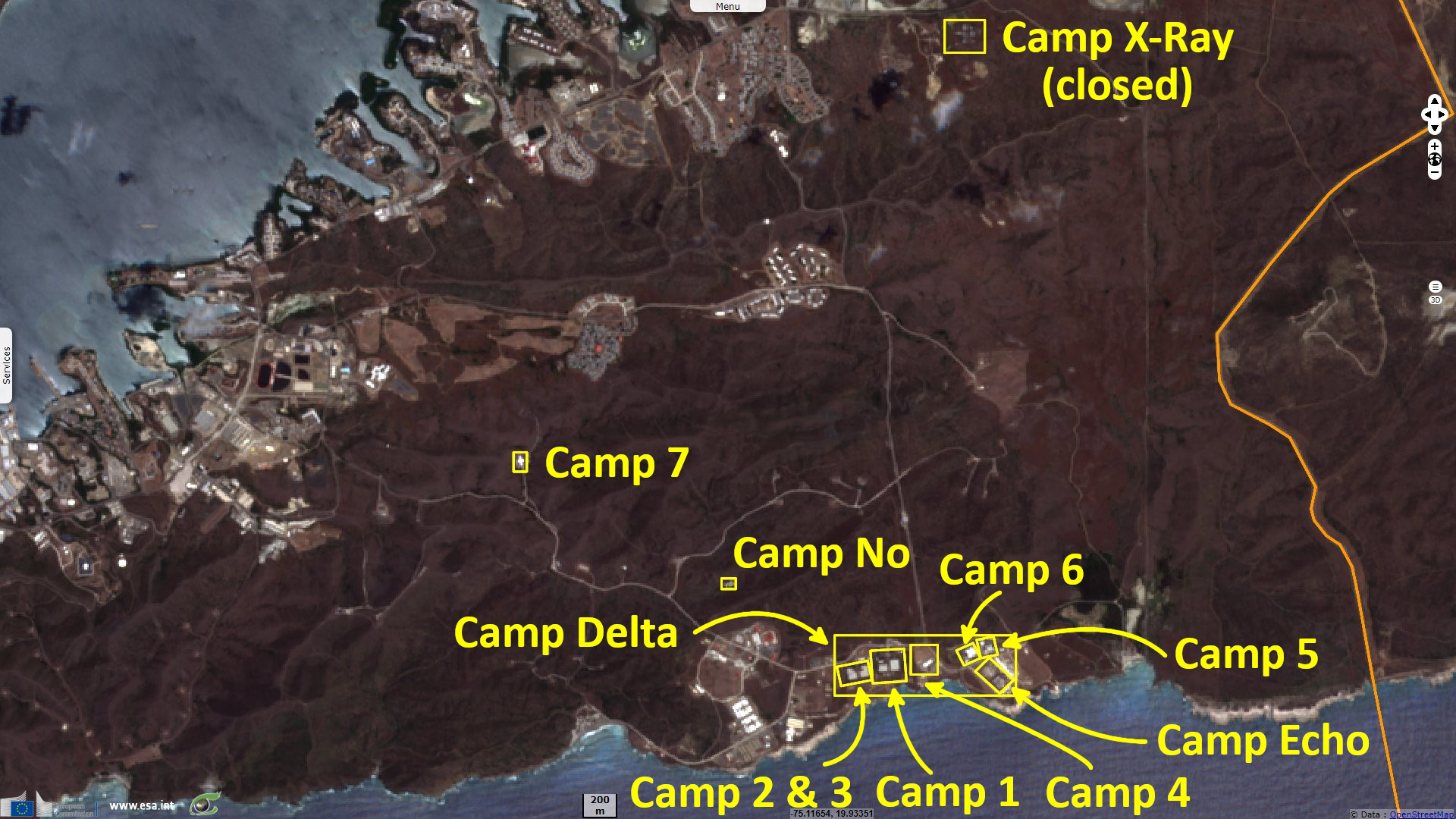 Beginning in 2002, a small portion of the base was used to detain several hundred enemy combatants. The Geneva Conventions apply in wars between two or more sovereign states. The US designation of irregular opponents as "unlawful enemy combatants" has been used to deny them the protection of the Geneva Conventions, in particular any trial. Cases of alleged torture of prisoners by the U.S. military have also been reported. Of the roughly 780 people detained there since January 2002 when the military prison first opened after the September 11 attacks, 733 have been transferred elsewhere, 37 remain there, and 9 have died while in custody.
The views expressed herein can in no way be taken to reflect the official opinion of the European Space Agency or the European Union.
Contains modified Copernicus Sentinel data 2022, processed by VisioTerra.