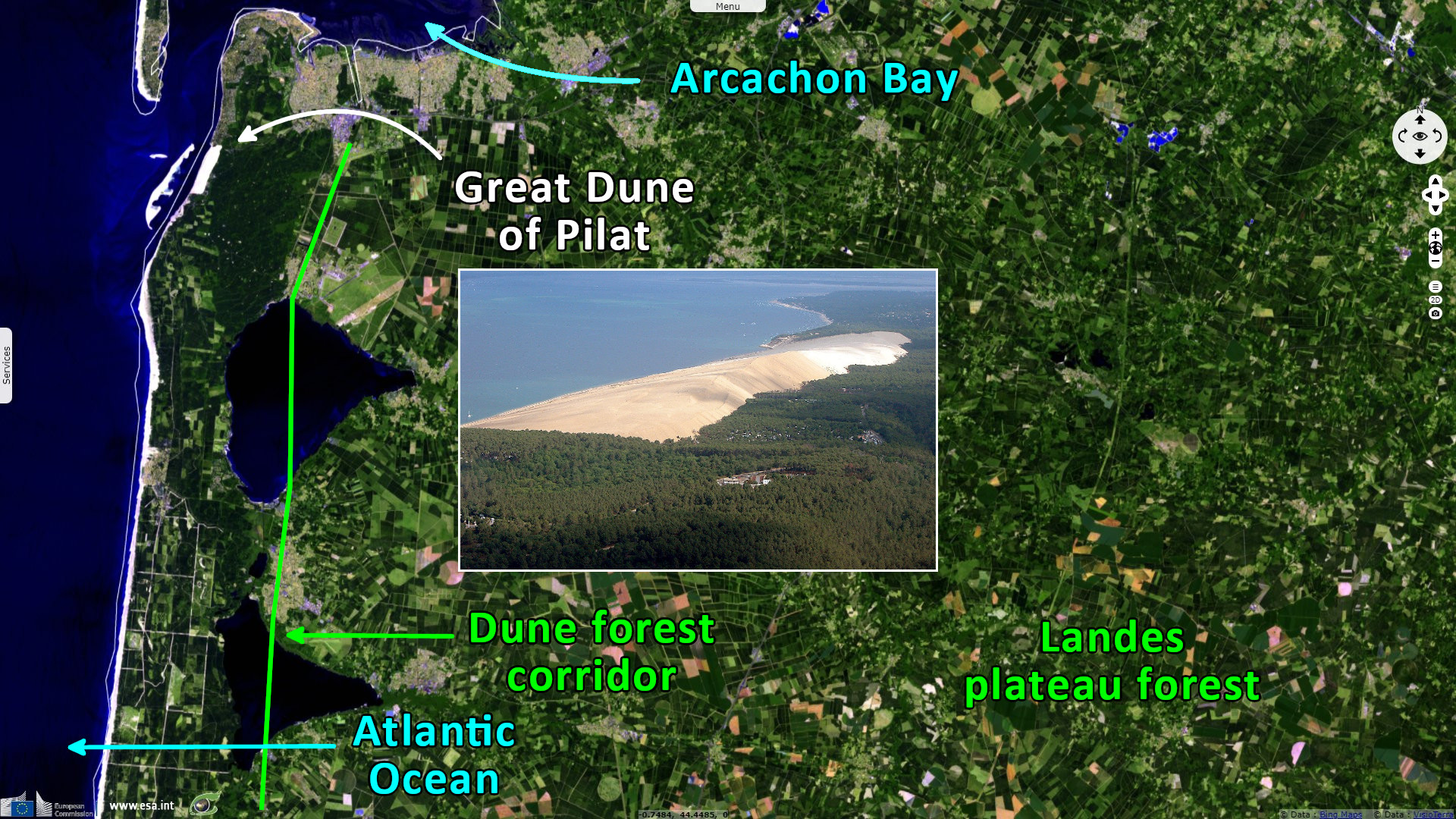 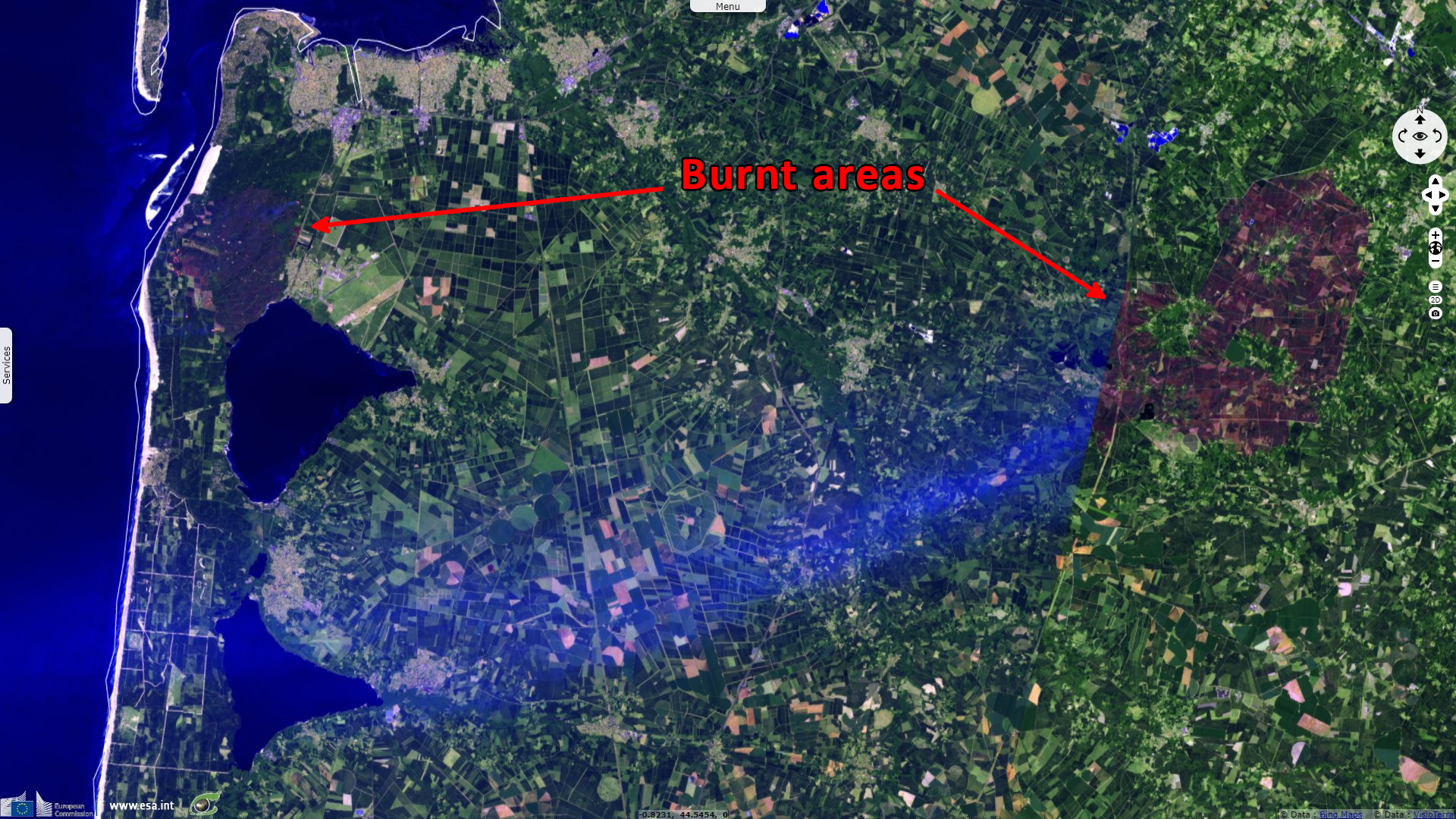 This happens in the context of moderate winds in Gironde, extremely low vegetation humidity levels (<10%) and high temperatures. These are the largest fires recorded in the region since 1949. Around 20 000 persons have been evacuated, which of 6000 who stayed in nearby campings, because of these two fires. The western fire, may endanger the stability of the Dune du Pilat, since the forest at its base has been heavily damaged. Other unusual locations have faced wildfires, such as NW region of Brittany in France or the suburb of London, both have faced temperatures over 40°C for the first time.
The views expressed herein can in no way be taken to reflect the official opinion of the European Space Agency or the European Union.
Contains modified Copernicus Sentinel data 2022, processed by VisioTerra.