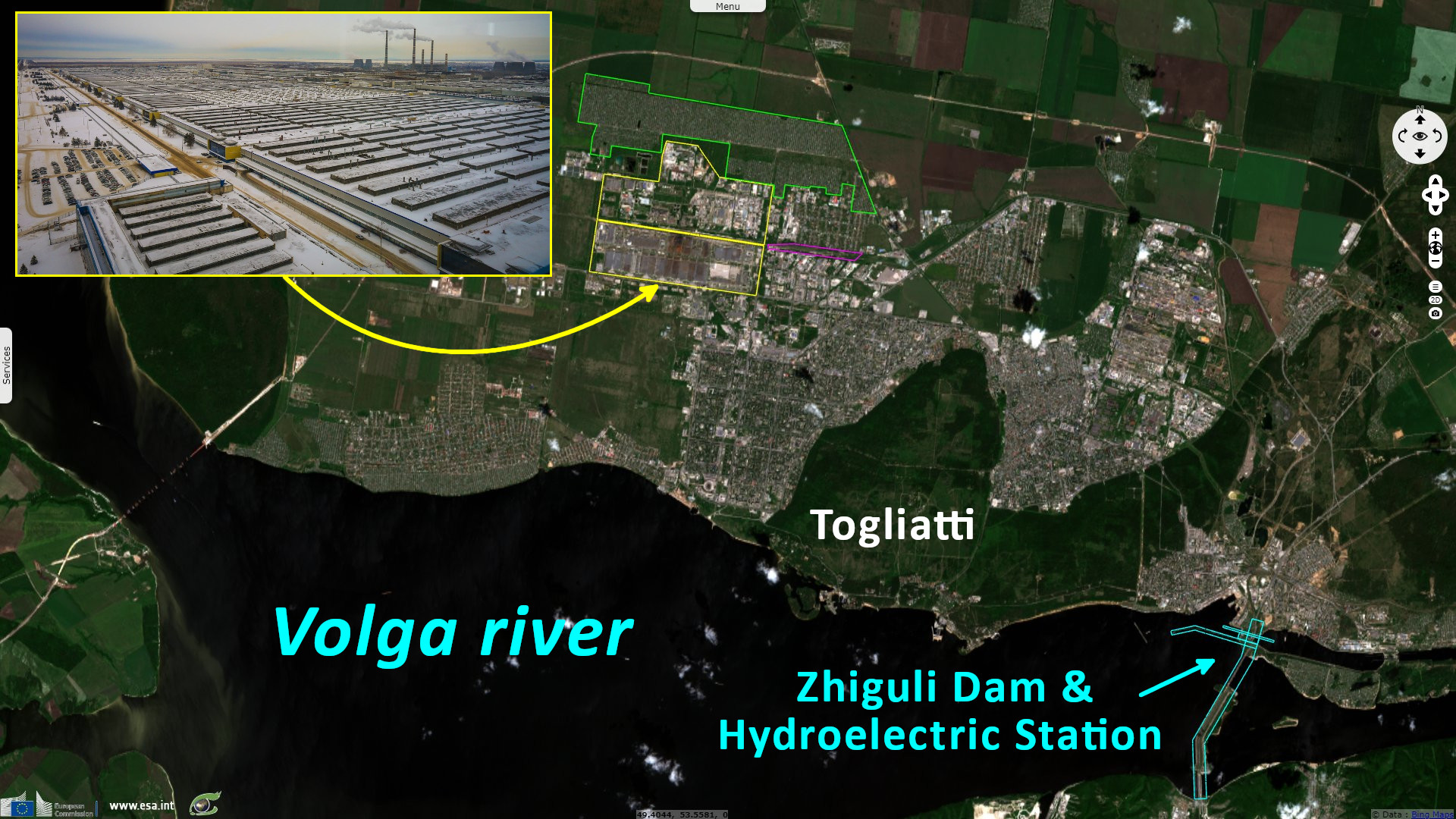 Bordering the Volga river, the Russian city of Stavropol-on-Volga was renamed Togliatti in 1964, in honor of the leader of the Italian Communist Party who had been instrumental in establishing the AutoVAZ (Lada) automobile manufacturing plant in collaboration with Fiat in 1966. Owing to the worforce of the factory and the surrounding activity, it has a population of 720 000. At north-west, the city counts a large array of crammed datchas. In the period from the 1960s to 1985 legal limitations were especially strict: only single-story summer houses without permanent heating and with living areas less than 25 m² were allowed as second housing.
Fig. 2 - S1 (24-06.2022->18.07.2022) - View of the infrastructures around the industrial sector of the city.
2D view 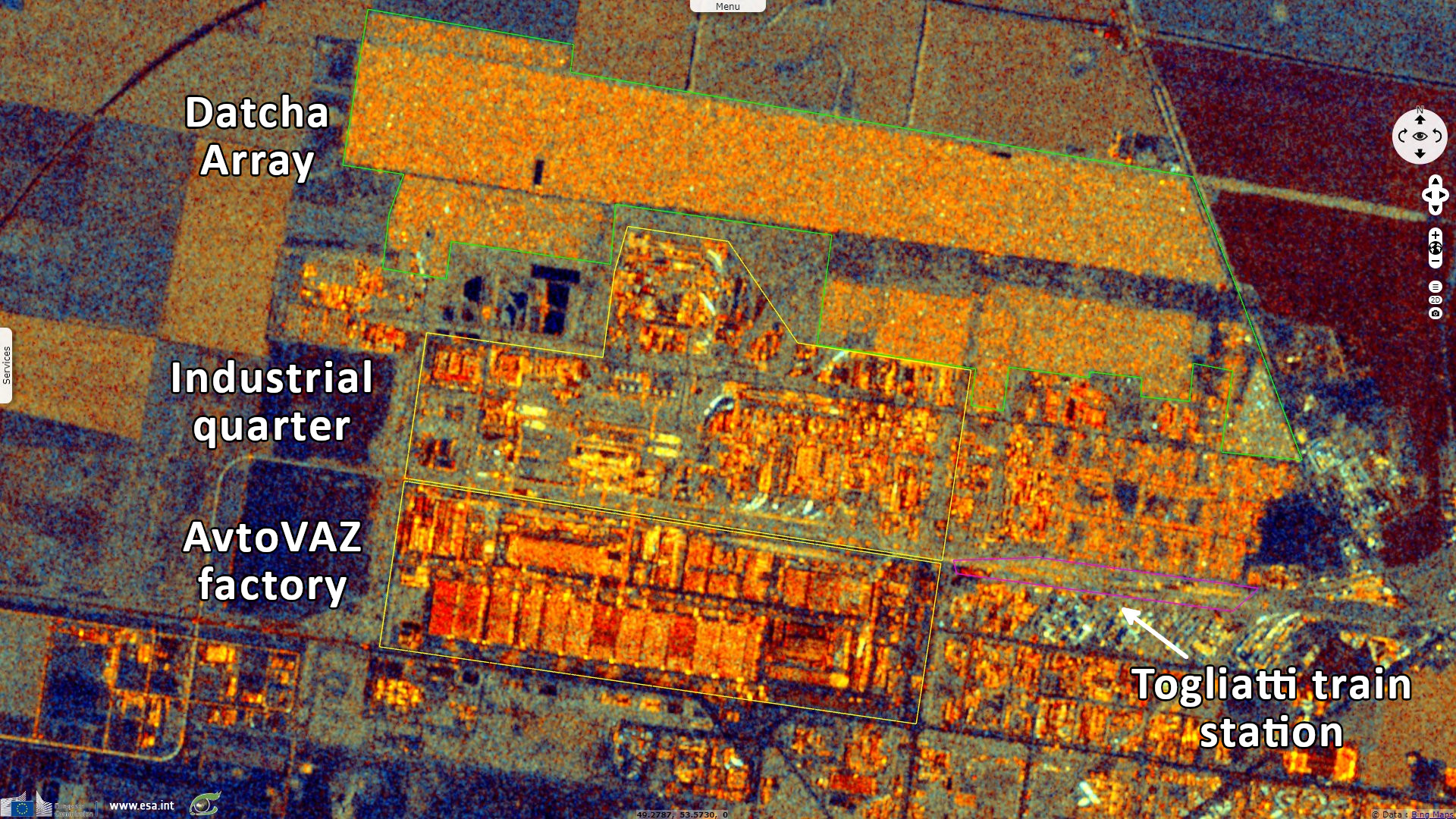 AvtoVAZ main assembly building has a floor area of 6 000 000 m², and a footprint of 887 800 m² which is the largest of any building in the World. AvtoVAZ became a subsidiary of Renault SA in October 2016 until international pressure forced the group to leave Russia. Renault has reached a deal to cede its 68% stake in Russia’s biggest auto maker to a state-backed entity for one ruble.
The views expressed herein can in no way be taken to reflect the official opinion of the European Space Agency or the European Union.
Contains modified Copernicus Sentinel data 2022, processed by VisioTerra.