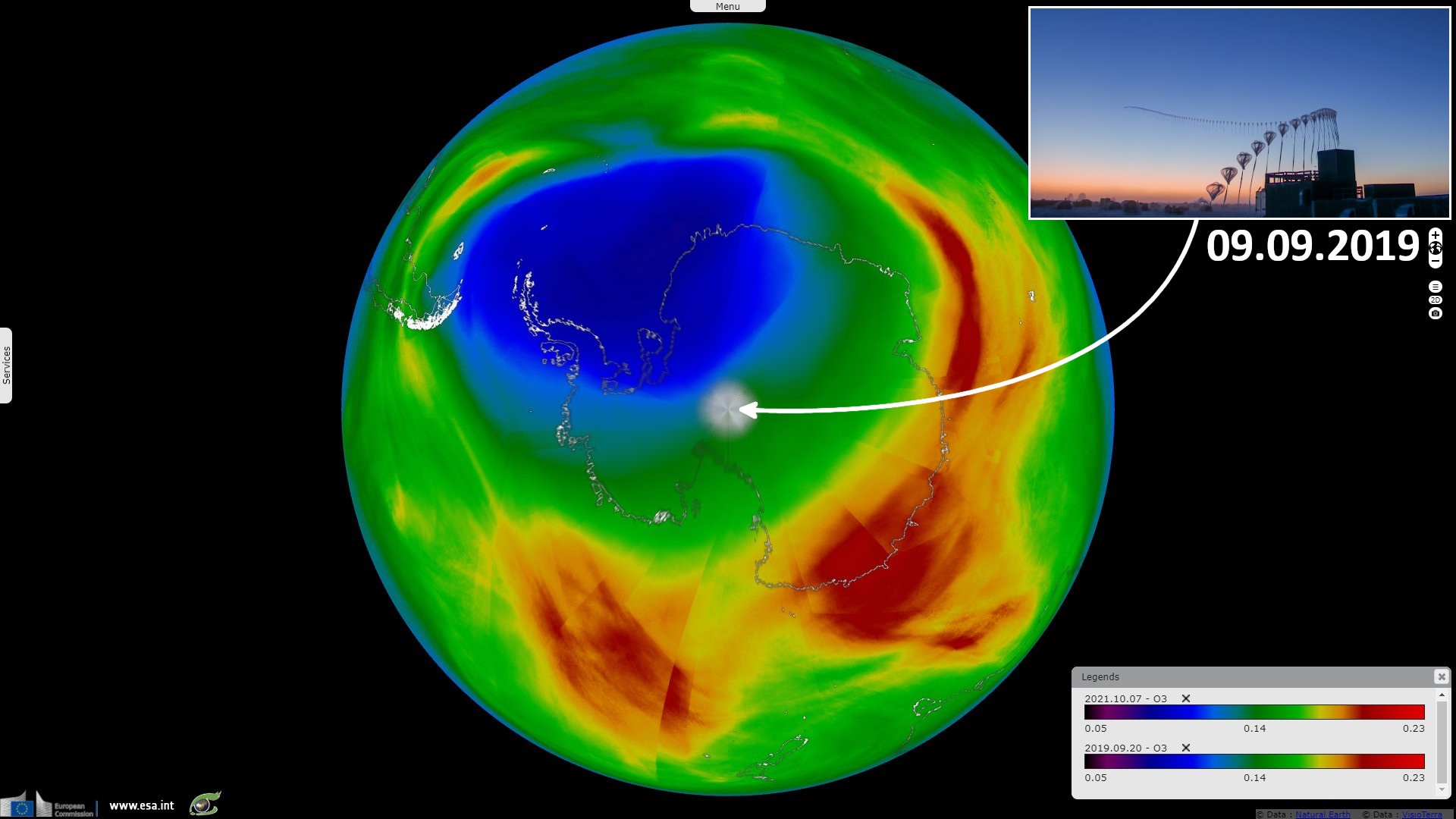 The chlorine-catalyzed ozone depletion can take place in the gas phase, but it is dramatically enhanced in the presence of polar stratospheric clouds. They form during winter, in the extreme cold. Polar winters are dark, consisting of three months without solar radiation (sunlight). The lack of sunlight contributes to a decrease in temperature and the polar vortex traps and chills the air. Temperatures hover around or below −80 °C. These low temperatures form cloud particles which provide surfaces for chemical reactions whose products will, in the spring lead to ozone destruction. The Montreal Protocol is considered the most successful international environmental agreement to date. The ozone hole is expected to reach pre-1980 levels by around 2075. In 2019, the ozone hole was at its smallest in the previous thirty years, due to the warmer polar stratosphere weakening the polar vortex. On 7 October 2021, the 2021 Antarctic ozone hole reached its maximum area, ranking 13th largest since 1979 due to the colder than average 2021 stratospheric conditions.
Fig. 2 - S5P TROPOMI (07.10.2021) - On 7 October 2021, the 2021 Antarctic ozone hole reached its max area, the 13th largest since 1979.
3D view 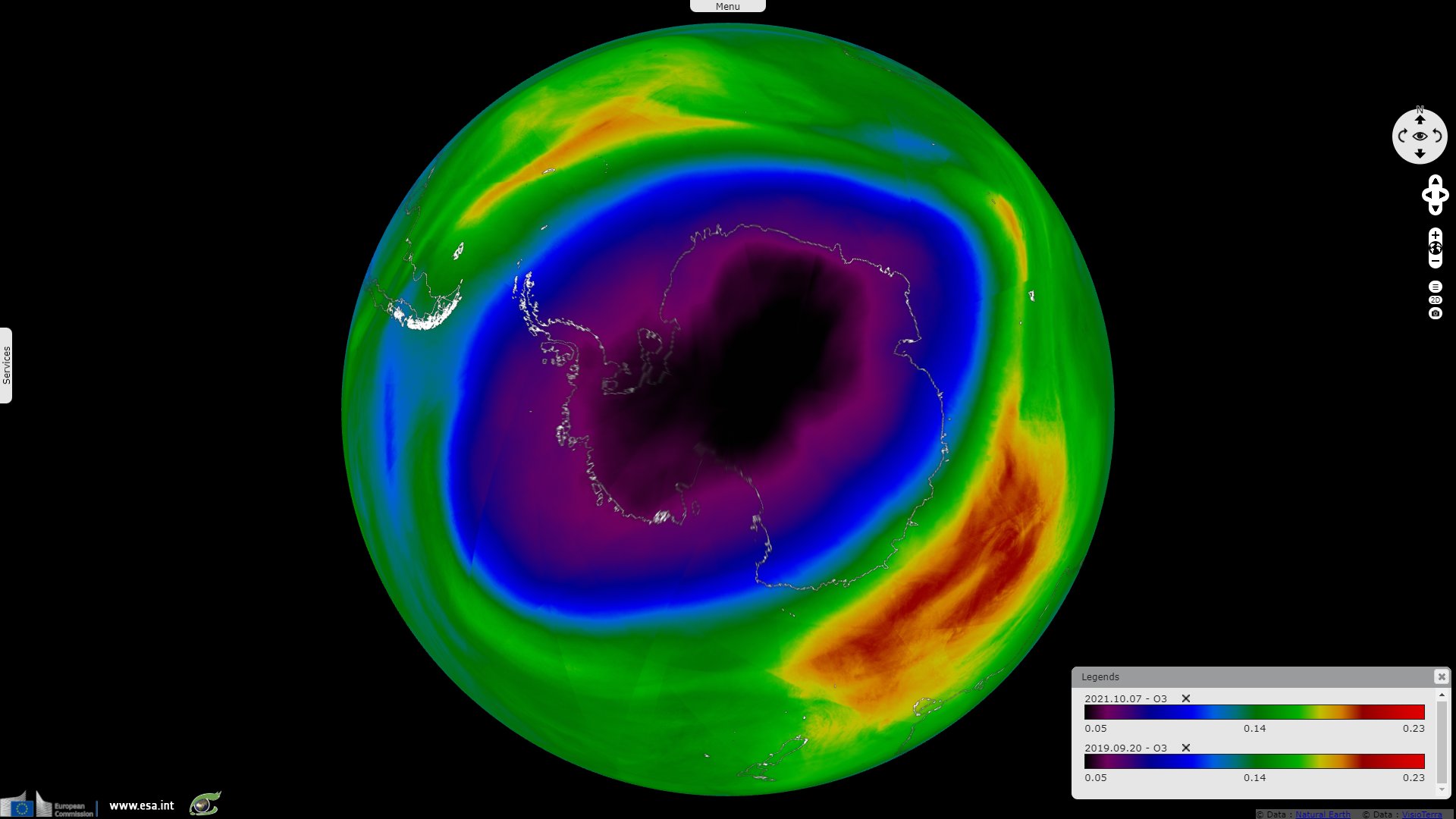 CFC-113a is the only known CFC whose abundance in the atmosphere is still growing. CFC-113a seems to have been accumulating unabated since 1960. Between 2012 and 2017, concentrations of the gas jumped by 40 percent. Yet a study by an international team of researchers published in Nature found that since 2013 emissions that are predominately from north-eastern China have released large quantities of the banned chemical Chlorofluorocarbon-11 (CFC-11) into the atmosphere. Scientists estimate that without action, these CFC-11 emissions will delay the recovery of the planet's ozone hole by a decade.
The views expressed herein can in no way be taken to reflect the official opinion of the European Space Agency or the European Union.
Contains modified Copernicus Sentinel data 2022, processed by VisioTerra.